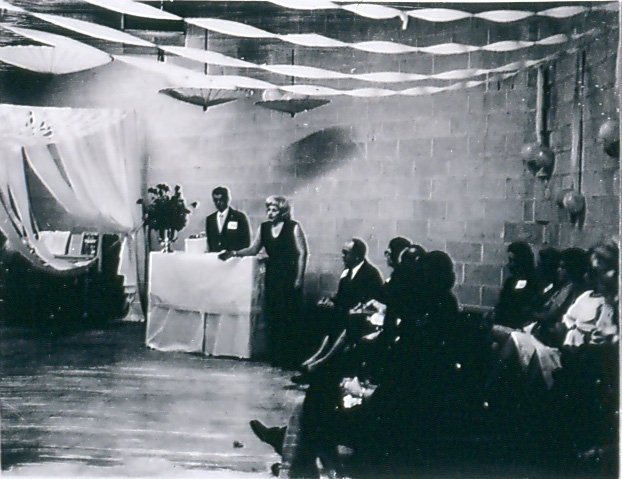 Full of excitement, recognition and connecting with friends from across the country, Seminar is one of the most anticipated events each year. As nearly 30,000 women descend upon Dallas, Mary Kay paints the city pink as attendees gather to celebrate each other and inspire one another to achieve their entrepreneurial dreams.

Mary Kay’s Seminar is the longest running annual event at the Dallas Convention Center, with more than 1.2 million people attending since 1975. In 2016, it generated a $34.4 million economic impact for North Texas. However, Seminar was not always this glamorous!

The original Seminar was held in 1964 at the Company warehouse. Decorations consisted of crepe paper and balloons, and a three-piece band provided the entertainment. An Independent Beauty Consultant’s daughter even sang operatic arias! What an opportunity!

There were approximately 200 Independent Beauty Consultants at the time, and Mary Kay Ash personally cooked for them. She served chicken, jalapeno dressing and orange Jell-O salad, and Independent Sales Director Ellen Notley baked a cake that said “Happy First Anniversary.” What a special, personal contribution to the celebration!

Recognition and celebration have always been the fabric of Seminar’s identity. At the first Seminar in 1964, wigs valued at about $300 were awarded to the top sales force members. The prize for the number one Independent Beauty Consultant was a black and white television! Imagine being able to take home this exciting technology.

Over the years, as both the company and attendance at Seminar grew, the iconic event moved to new locations around the city. From the warehouse to various city hotels to Market Hall, Seminar finally found its home at the Dallas Convention Center. Even today, no facility is large enough to host all eager Seminar attendees each year, so four separate Seminars are now held consecutively over a two and a half week period each summer.

Seminar 2017 will take place at the Dallas Convention Center from July 20 to August 4. What are you excited for this Seminar? We can’t wait to see you!