My first impression of Mary Kay Ash was formed before I even met her or worked at the company.  Twenty-five years ago, I was sitting in the human resources lobby waiting for my first job interview with Mary Kay’s Corporate Human Resources Manager (my future boss) and she was running late. An assistant explained that she was on the phone with Mary Kay Ash. She had read in The Dallas Morning News that a Mary Kay employee was injured in a car accident and she personally called my future boss to find out who was injured and how they were doing. I realized then and there that I wanted to work at this company – a company where the owner showed compassion by always putting people first. At most companies, P&L means profit and loss, but you’ve probably heard that at Mary Kay, it also means people and love.

I met Mary Kay Ash about two weeks later. I remember how she took me by the hand and we talked about an upcoming new employee orientation.  She asked that I call her afterwards to let her know if there was anything we could do different, anything we could do to make it better.  And she really meant it. Nothing was more important to her than the welfare of Mary Kay employees and independent sales force members. I had the great opportunity to meet with Mary Kay Ash on several occasions and more than two decades later, I’m proud to serve as Mary Kay’s Chief People Officer. In my tenured experience, I think we could all learn valuable lessons from Mary Kay Ash about compassion. 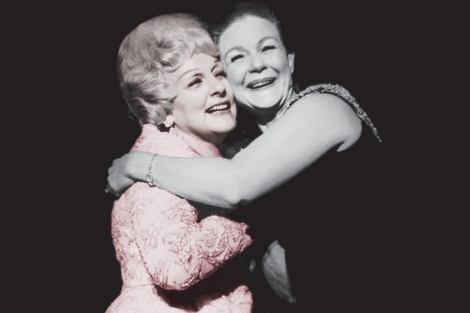 At Mary Kay, the “Golden Rule” of treating others as you’d like to be treated is a core value within our corporate culture. So is the “Go-Give Spirit” of pitching in and helping others. I’ve been a member of Mary Kay’s Culture Committee since its inception in 1998. The committee is dedicated to preserving the culture and values that were established by our founder. Mary Kay Ash was famously quoted as saying, “When I meet someone, I imagine him or her wearing an invisible sign that says, ‘Make Me Feel Important.’ The value of this is one of the most important lessons in dealing with people I have ever learned.”

At the core of Mary Kay’s corporate culture is one common thread – compassion. In my 25-years with Mary Kay, I’ve learned that this business is all about heart and to have heart, you must have compassion.