February is Teen Dating Violence Awareness Month, and young Americans are weighing in on the #MeToo movement.

As part of Mary Kay’s ongoing Pink Changing Lives℠ initiative, the global beauty company recently shared results from their annual “Truth About Abuse” survey, revealing that the #MeToo movement has likely contributed to young women—and men—feeling more comfortable reporting harassment experiences. In fact, nearly 2 out of 3 young people (62%) would be more likely to stand up against online harassment than they were in 2017. Even more (64%) would be more likely to stand up to in-person harassment compared to 2017.

These numbers suggest that cultural norms and expectations are shifting in a positive direction and that young people feel more empowered to stand up for themselves and their friends in the face of abuse. But more work is needed to raise awareness of the online harassment epidemic.

Other positive highlights from the survey include: 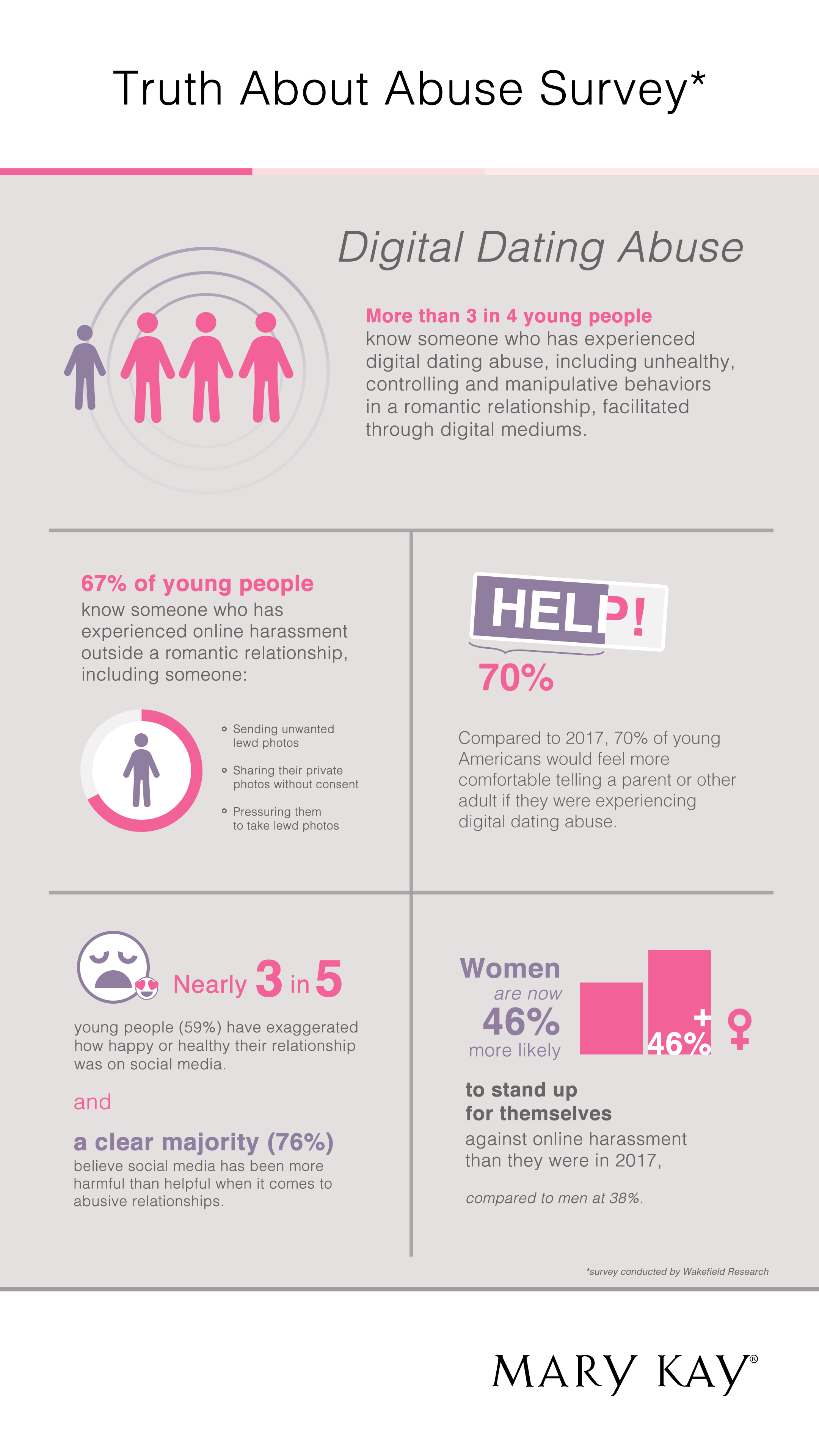 If you are a victim of abuse, or you know someone who might be, it is important to know that you can he help.

The “Truth About Abuse” survey is part of Mary Kay’s Pink Changing Lives℠ platform, which works to empower women while educating the public on recognizing the signs of an abusive relationship and how to take action. In partnership with Wakefield Research, 1,000 young people ages 13–24 nationwide participated in the survey as a representation of America’s young population. To date, Mary Kay Inc. and The Mary Kay Foundation℠ have given $57 million to domestic violence prevention and awareness programs in an effort to end the cycle of abuse.